People from all over the world come to Florida to see its clear, bright blue rivers, springs, and beaches. Water is our most important resource and also the one we are most likely to lose. Florida does not do very well when it comes to water quality and waste. Chemicals are put into the environment every single day. Our land, air, water, and health are all affected by it. Polluting our area can lead to health problems like breathing problems, cancer, birth defects, and even death in some cases. Also, pollution has an effect on animals and marine life.

The Florida Department of Environmental Protection says that the state has 52 superfund sites, 501 brownfields, 11,689 petroleum cleanups, and more than 1,500 other sites with dry-cleaning fluids or other hazardous waste. When chemicals, industrial waste, and pesticides run off into the water, they carry harmful chemicals to marine animals and maybe even to the water we drink.    Too much of something is pollution, so we made a list of Florida’s ten most dangerous pollution problems, in no particular order:

We produce a lot of waste, and it’s not all organic. Asbestos, hazardous chemicals, coal ash, and lead paint are discarded. Coal ash contains cadmium, arsenic, and mercury. Poor garbage management could let it infiltrate into surrounding water systems. Little things matter too. Rechargeable batteries contain harmful metals and compounds like lead oxide that contaminate soil. Garbage disposal is a challenge that will rise as the population and natural resources are utilised.

Florida has phosphorus-rich soil. Too much nitrogen and phosphorus causes pollution in the air and water. This causes environmental and human health hazards in coastal seas, lakes, rivers, and streams. Fertilisers, animal dung, soil erosion, stormwater, sewage wastewater, and soap are nutrient polluters. These sources can pollute neighbouring water with phosphorus.

Bug-eating bats and birds are hazardous to pesticides. When it rains, many pesticides don’t break down and runoff into streams. Chemical runoff harms fish and frogs. FWC manages invasive species with aquatic herbicides. Glyphosate has known side effects. According to FWC data, Lake Okeechobee received 12,263 pounds of pesticides in 2017. Scientists detected reproductive abnormalities in frogs and malformed fish in the lake.

We limit summer fertilisers that can feed dangerous algae blooms but allow landowners to use “Class B” garbage. Sewage sludge comprises organic compounds, harmful metals, irritants, and microorganisms. These biosolids may include carcinogenic PFAS and other pollutants. A 2002 University of Georgia study found more illness and disease near biosolids fields. Spreading sewage sludge threatens decades of water quality improvements.

When drinking water in a certain area becomes contaminated, the local government puts out “boil water notifications,” instructing residents to boil their water for one minute before consuming it. Boiling destroys most parasites, bacteria, and viruses, but evaporation adds other pollutants. Clean water requires infrastructure and regulations.

Over 2,100 licensed industrial wastewater facilities are in Florida, according to the Department of Protection. Many factories use freshwater to dispose of garbage. Wastewater is polluted drain water. Power plants near water release lead, mercury, cadmium, arsenic, and chromium. PCE, asbestos, lead, mercury, nitrates, phosphates, sulphur, oils, and petrochemicals are common industrial wastes. This water ends up in a dangerous environment, unlike irrigation water.

Your kids may be playing on dumps. Florida’s land was once dumped on. Former dumps are turned into parks or redeveloped. These sites are contaminated. Legacy pollutants bioaccumulate and settle in soil.

Legacy pollutants include heavy metals, lead, barium, arsenic, and PCBs. In 1994, the DOD created the Restoration Advisory Board (RAB) to monitor cleanup projects at toxic sites. The space industry used to dump TCE (trichloroethylene), a known carcinogen, into sandy soil.

Many of us immediately think of factories and farms when we consider the origins of pollution and excess nutrients in our surface and groundwater systems. However, locals, companies, and tourists all add to the pollution of South Florida’s waterways by dumping waste into the region’s lakes, rivers, and wetlands. The local stormwater management systems, the use of fertilisers, herbicides, and pesticides, and the awareness of how easily household chemicals and other pollutants can be flushed into ground and surface water systems are all ways in which individuals and small businesses can help to reduce pollution.

✅Experts in the business 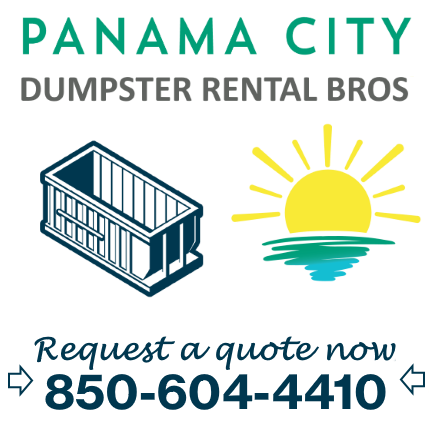 Welcome to Panama City Dumpster Rental Bros! We are the leader for all of your waste management rental needs in the Panama City area.

Given the high demand for dumpster services in and around Panama City, we decided to start this company many years ago. We are a local waste and recycling company and we take pride in giving our customers a first-class dumpster rental experience. Whether it’s a small remodel task at your home or a large construction project, we provide the best waste management and recycling resources to get your projects done with no hassles.

For many years already we have been serving homes and businesses to become junk-free throughout Panama City and the nearby towns. Over the years we have seen just about everything you can ever visualize, from packed garages, jammed households to warehouses filled with obsolete mechanical systems. Each job for us is unique, each job is a challenge and each customer is different. We are glad to serve the people of Texas with quick and easy dumpster rental services.

With us as your dumpster rental company, we assure you fast, dependable, and affordable services to both homeowners and businesses located throughout the Panama City and other neighboring areas.

By the moment you have experienced the extraordinary service our specialists will provide you, you are going to understand why residents consider our company the best dumpster rental service available in the entire city. We have everything to accommodate your junk disposal needs, from the temporary roll off dumpster rentals up to commercial permanent waste units. We promise you we have exactly what you’re looking for in a dumpster company. We are driven by meeting and exceeding your standards.

We know for a fact that people don’t like getting dirty handling waste materials at home or the office. Thus we are here to do the work for you. Our employees have decades of experience in removing everything you can think of from all over the state of Florida. Whenever you have a dirty, tough job out there, don’t worry because we are just a call away.

You may talk with any of our highly trained waste management consultants. They are available to give you all the information you need for hiring a roll-off dumpster rental service company like ourselves. They are going to guide you in choosing the appropriate dumpster size and style of dumpster for your specific project, and provide you with an honest estimation of cost.

Once you have completed your order, our team is going to bring your dumpster at the specific location, always on time. There is no other easier way to make use of your dumpster rental service than to depend on the top-quality service provider in the city – Panama City Dumpster Rental Bros. Call us now at (850) 604-4410! 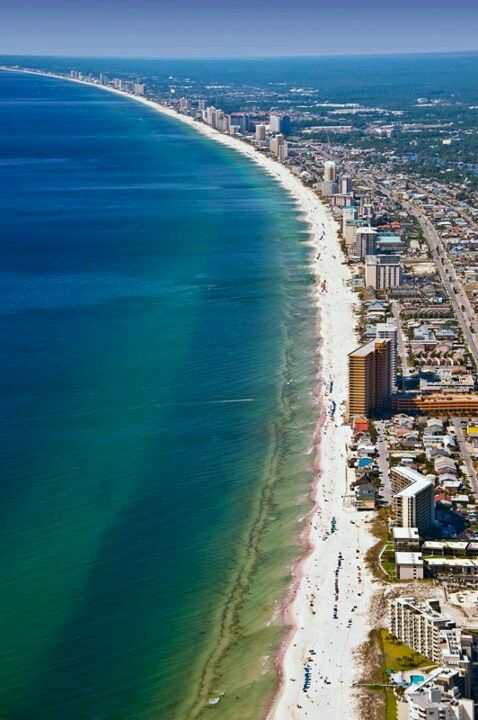